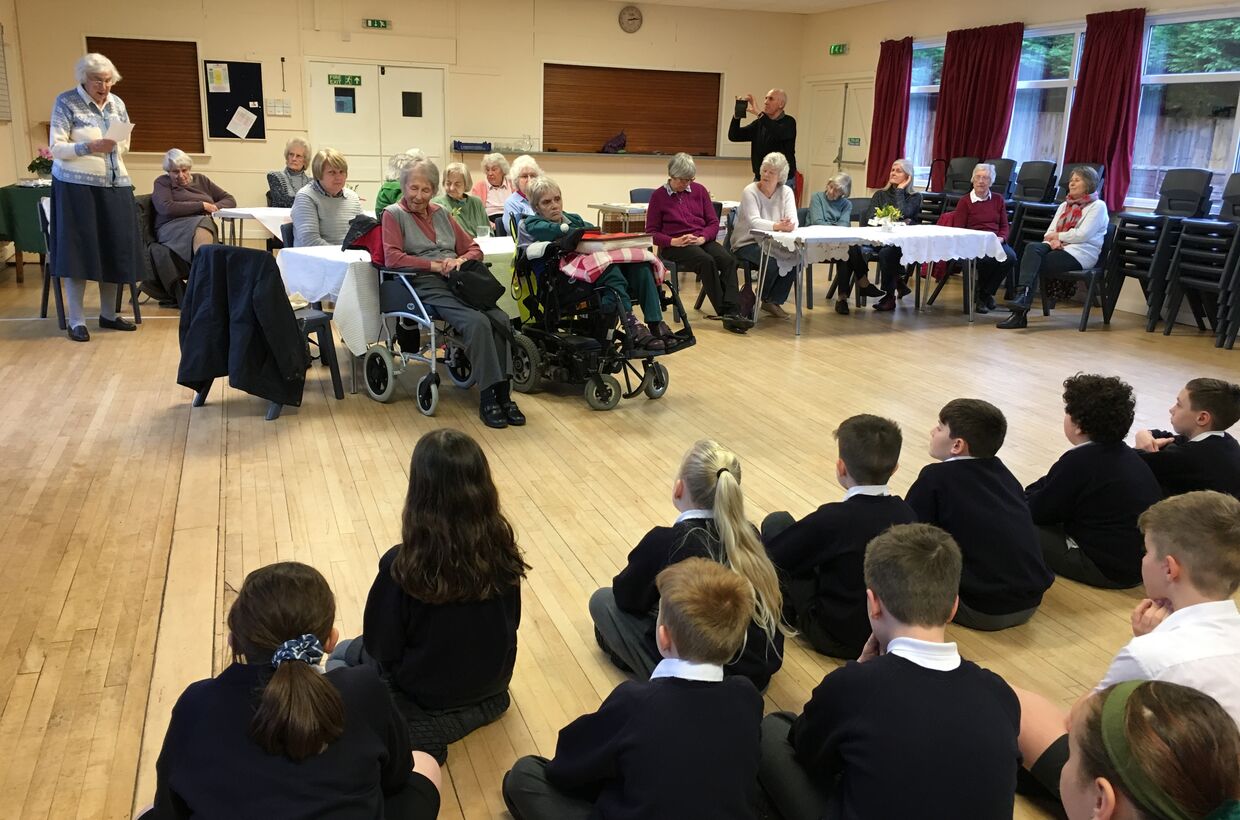 On Monday 13th January Oak Class went to the Village Hall for the Literary Festival and showcased their handwriting for the poem In Flanders Fields.

On Monday 13 January, Oak class (Year 5 and 6) paid a visit to the Village Hall for the Friendship Group Literary Festival, made up of elderly residents from the village.

The entirety of Oak Class worked extremely hard on their handwriting for the poem In Flanders Fields by John McCrae, which was illustrated by us, the children. The members of the Friendship Group also had a go at writing up the historic poem and the Heads (Henry G; Josie Vincent; Delphi M and Solomon M) chose Annette S as the winner of a prize.

Martha (Year 5) asked the interesting question that won her a dip pen: “What did you used to write with?” After that, Mrs Way gave us a lesson in how to hold a pen. Then, a few more members received prizes.

Finally, it was the moment of truth…the prizes were being handed out and the winners were…

After the prizes (a calligraphy set, a notebook with a pencil and a book mark) were given out, all of Oak class were given a quality street and a fountain pen. After that, we headed back to school. We thoroughly enjoyed our visit and hope to go again soon.

Thank you to the Friendship Group for making us feel so welcome.